News
You are here: Home / News / News / Port of Gdynia – 7000 meters of railway tracks will be rebuilt 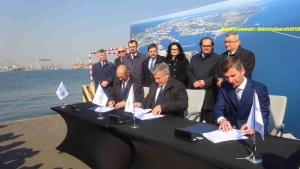 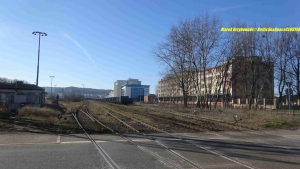 Almost seven thousand meters of railway tracks will be rebuilt and electrified in the western part of the Port of Gdynia. The value of the investment is over PLN 65 million. In the presence of the Minister of Maritime Economy and Inland Navigation, Mr. Marek Gróbarczyk and the Minister of Infrastructure, Mr. Andrzej Adamczyk, a contract for construction was officially signed as part of the project: “Expansion of railway access to the western part of the Port of Gdynia – reconstruction and electrification”. Photo: Marek Grzybowski