“Energy for the economy – economy for energy” is the topic of the conference held at the Solidarity Center in Gdańsk on 15-16 April.  The guests were welcomed by Krzysztof Karaś – president of the European Business Center – organizer of one of the most important for Poland’s energy security, which has been the main organizer of the  nationwide energy summits for many years . 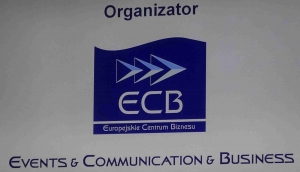 Energy security is based on several elements – said Minister Piotr Naimski. It is necessary to provide energy resources; having appropriate technologies to process these raw materials; technologies must be used to create infrastructure, to produce energy and its transmission from generators to consumers. In addition, a vision is needed; development strategy; we must know what we want to achieve. Today, the decisions taken will result in 50 years, that is, they will go far beyond the lives of some of us – said Minister Piotr Naimski.

Gdańsk is known for having a seaport. It also has a Clean Energy Port, said Zbigniew Canowiecki, President of Employers of Pomerania, who is leading the debate of local government officials. There are big challenges for local government officials – said President Piotr Borawski form Gdańsk. They have little impact on legislation and they get tasks to do. The panel “Sea Wind Energy as part of the country’s energy and economic strategy” covered the following issues: IMF location in the maritime spatial plan; Key barriers to the development of offshore wind farm projects; Connection options, marine networks; Supply chain and local content; Support system for offshore wind farms. Marine areas are already designated in the Polish economic zone, where offshore wind farms may be created. All that is needed is a legal regulation that will allow them to be built and connected to the power grid of Poland – emphasized panel participants.

The most meritorious for the Polish energy industry were honored with the statuettes of “Amber of Polish Energy 2019”. The prizes were awarded to:

Michał Kurtyka – secretary of state in the Ministry of the Environment – for the effective conduct of the Polish presidency during COP24 and personal commitment to the finalization of international agreements obliging all states to take action to protect the climate;

Ministry of Climate and Energy of the Kingdom of Denmark – for signing an intergovernmental agreement on the implementation of the Baltic Pipe gas pipeline, as well as strengthening cooperation in the field of energy and energy transformation between the Republic of Poland and the Kingdom of Denmark;

Filip Grzegorczyk – president of the management board of TAURON Polska Energia S.A. – for consistently and effectively representing the interests of the energy industry in the field of energy policy and energy security of Poland on the international arena;

Gaz-System S.A. – for consistent and effective actions increasing the security and energy independence of Poland through the implementation of the Balitc Pipe project;

PKN ORLEN S.A. – for consistent and effective actions for the state’s energy security through diversification of sources of crude oil purchase and development of the upstream segment.