With 1500 registered participants, EMD 2019 has broken all previous records, including for the biggest ever exhibition, with 105 exhibitors. Walking around offers a glimpse into the exciting opportunities our seas offer – and that plenty of businesses are starting to grasp.

Opening Session: Fernando MEDINA, President of the Municipality of Lisbon

Ocean leader panel: What lies ahead? What is at stake for the oceans?

By far the biggest theme however, is how to use the oceans sustainably. As Commissioner Vella said at the opening: “There is something uniting us: the will to protect the oceans.” Challenges like plastic pollution, climate change, or environmental degradation are on everybody’s minds. And participants are not afraid of tackling them. 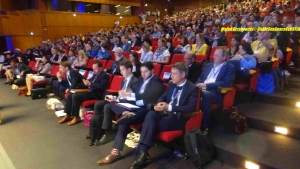 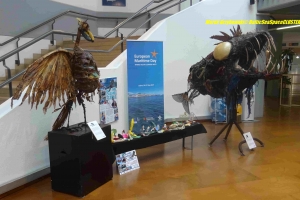 João Costa, Innovation Manager at XLAB Slovenia, presents ongoing work to develop a “port environmental index” that combines several KPIs like emissions, waste production and light pollution into one metric. This would allow small and medium ports to easily monitor and act on the environmental footprint. 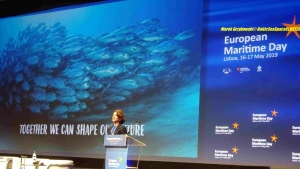 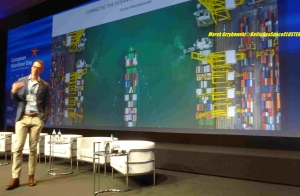 Over at the interactive marine litter workshop, organiser Mariana Mata Lara from AQUALIT has divided participants into groups to find solutions under four main headings: marine litter prevention, recovery, transformation, and mapping and quantification. Discussions are lively and result in a number of concrete ideas: from introducing regional tenders for waste management to create economies of scale, to asking producers to rent out fishing gear instead of selling it, thereby creating a business model with in-built producer responsibility.

Business opportunities from the sea

A few stands further down, for example, Lisbon-based Algae for Future (A4F) are showing off test tubes with colourful microalgae extracts. Founded in 2008, A4F are aiming to replace chemical components used, for example, as food colouring or in cosmetics, with microalgae. As COO Luis Costa explains: “We don’t produce the microalgae ourselves, but we do produce the technology that our clients use. We hope to scale up eventually.” They currently employ 40-50 people and are testing their technology on a 14ha site.

Meanwhile, at the pitch stage, seats are in short supply as people stop by to get a glimpse of the blue economy of the future. Pedro Pires from WavEC explains new engineering solutions for both wave energy and offshore aquaculture sites. Silvia Lino, research scientist at biopharmaceutical company Sea4Us, is investigating into how new chemical compounds from marine organisms could help “switch off pain”.

Title of the workshop: Acting together in a regional ecosystem 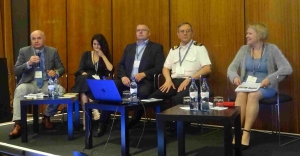 Summary:  Building on the competence of a region, this workshop will showcase how investments in blue growth have a positive cross-sectorial impact on the entire regional innovation ecosystem. We will present strategies and gaps in RIS3 as well as tools and methods for knowledge transfer in the blue economy. 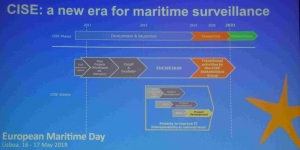 The session will announce the launch of the operational phase of the Common Information Sharing Environment (CISE) as an important building block of the overall EU maritime surveillance framework, with the involvement of the European Maritime Safety Agency. This new phase will build upon the successful completion of the EU interoperability project EUCISE2020 as well as important national projects. Devised by the Commission together with Member States and several EU agencies, CISE will further facilitate quick and reliable exchange of information across borders and across different maritime authorities. It will contribute to ensure a safe and secure maritime environment, which is a key precondition to allow blue economy to grow and flourish. It will improve maritime surveillance and mitigate the diverse risks that might have a negative effect on our seas and shores, such as pollution, illegal and criminal activities, piracy, or terrorism. 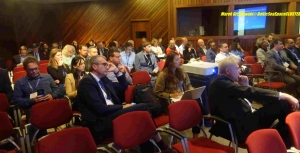 Many ocean-based industries have the potential to outperform the global economy as a whole, both in terms of value added and employment. However, innovation in the blue economy, especially in emerging sectors, is hampered through lack of access to finance, in particular for start-ups and scale-ups with an estimated funding gap of around 65-80 billion in Europe. In this session the European Commission will present its analysis of financing needs and how it is working to address this gap. It is also going to launch a new Assistance Mechanism for the Blue Economy that will facilitate the development of a blue investment and innovation community allowing constant interaction between companies and help SMEs in the blue economy to become investment ready.