News
You are here: Home1 / News2 / News3 / Circular and sharing economy in the Baltic Sea Region

‘Circular and sharing economy as an answer to demographic changes and environmental challenges in the Baltic Sea Region.’ was the main topic of the 10th Annual Forum  in Gdańsk, 12-13 June, 2019. 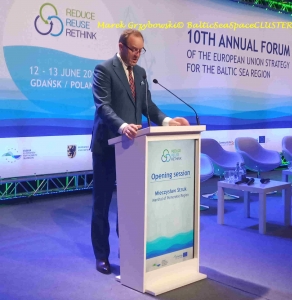 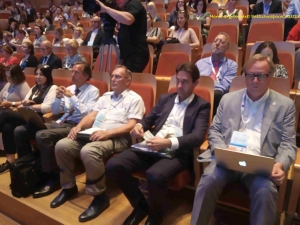 The Forum was hosted by the Pomorskie Region, together with the Baltic Sea States Subregional Co-operation (BSSSC) under the Norwegian chairmanship, in close cooperation with the European Commission, the Ministry of Foreign Affairs of Poland and other partners. About 800 participants from governments, international organisations, NGOs, universities, local and regional administrations and businesses will gather to debate on trends and opportunities in the Baltic Sea Region. 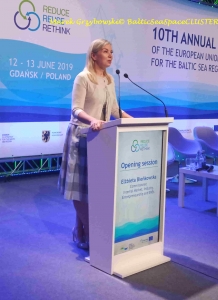 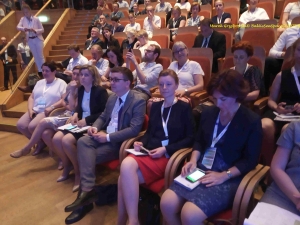 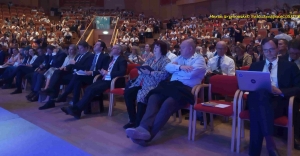 The sectors involved in the circular economy employ over 4 million people; 6 percent more than in 2012. The European Commission has been implementing an action plan for the circular economy since 2015. On March 4, it was fully implemented. There is a new EU plastic strategy. All EU Member States have agreed to achieve 65 per cent of waste recycling as early as 2035. The Baltic Sea is our window to the world. It is terrible that we can not take care of the Baltic Sea as we should, for example, to reduce the emission of microplastics, toxic chemicals and provide air of adequate quality – said Elżbieta Bieńkowska, Member of the European Commission responsible for Internal Market, Industry, Entrepreneurship and SMEs. 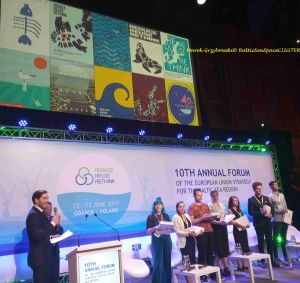 Lunch could be eaten on “edible” plates – suitable for “consummation” also by nature, without harm to her. There are no meat meals, so you saved almost 950 tons of water that you would have to use.