The University of Gdańsk 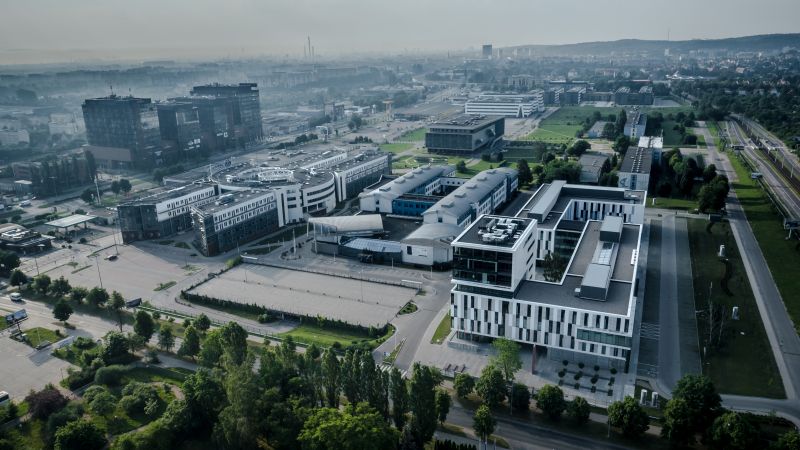 The University of Gdańsk is a dynamically developing institution of higher learning, and one that combines respect for tradition with a commitment to the new. It offers education in nearly all fields of academic knowledge, in sought-after professions on the job market and in state-of-the-art facilities in its Gdańsk, Sopot and Gdynia campuses. It is currently one of the most modern academic centres in Poland.

20 March 2020 will mark the 50th anniversary of the founding of the University of Gdańsk, at present the largest university in the Pomeranian region, which has had an indisputable influence on the development of modern Poland, science and higher education. We have eleven faculties with almost twenty six thousand students, doctoral students and post-graduates, who are taught by more than one thousand seven hundred academic staff. In such fields of study as Biology, Biotechnology, Chemistry, Oceanography, Quantum Physics, Pedagogy, Psychology, Law  and Economic Sciences, the University of Gdańsk is one of the best institutions in Poland.

The members of the academic staff of the University of Gdańsk conduct scientific and scholarly research on a world-class level, not only creatively expanding the frontiers of knowledge, but also serving the whole of the Pomerania region with their knowledge and experience, thus aiding its dynamic modern development.

Among the successes of the University of Gdańsk has been its participation in the special programme by the Foundation for Polish Science – International Research Agendas, based on creating innovative centres of excellence in Poland with the co-operation  of the best researchers from the entire world. The University of Gdańsk has won the programme twice, receiving 76 million PLN to create two agendas – the International Centre for Cancer Vaccine Science, which will be headed by two world-class researchers, Prof. Ted Hupp and Prof. Robin Fahraeus, and the International Centre for Theory of Quantum Technologies (ICTQT), with Prof. Marek Żukowski as Director.

As an effect of the developing connections between scientific activity and economic practice at the University of Gdańsk, many expert opinions and opinions in the form of studies protected by copyright are being written. Because of the development and the activities of its academic staff, the University of Gdańsk has become an incubator for entrepreneurship in such areas as Biotechnology, Biology and Chemistry.

The University of Gdańsk cooperates with institutions of higher education in most countries in Europe and also with many countries around the world. Research and other activities are conducted within the framework of over one hundred international agreements with foreign partners. A series of  University institutes and departments have obtained, or are in the process of obtaining, the prestigious status of centres of excellence, which is the European certificate and stamp of quality. The numerous foreign placements undertaken by the University’s academic staff  help them to offer students a modern and open education.

University of Gdańsk scholars and scientists are recipients of Polish and international grants and prizes. They have received grants from – among a range of institutions – The National Centre for Research and Development, The National Science Centre, and The Foundation for Polish Science. Two have won the most important scientific prize in Poland, the so-called Polish Nobel Prize, the Foundation for Polish Science Prize, awarded for outstanding scientific achievements and discoveries. This prize was won in 2008 by Professor Ryszard Horodecki and in 2013 by Professor Marek Żukowski for their work in quantum physics.