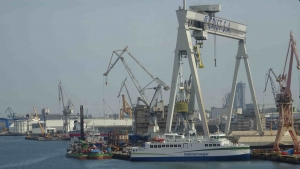 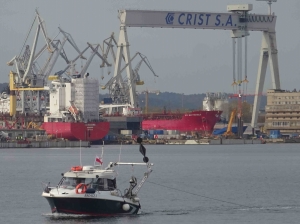 Thanks to innovative projects, it has become one of the most renowned player in the marineindustry sector. We had an opportunity to talk with Ireneusz Ćwirko and Krzysztof Kulczycki, creators of ship manufacturing shipyard in Poland, about tough , pandemic Times, untapped national potential to construct cruise ships and what’s more, about new possibilities, which can be utilized due to setting up new offshore wind farms on Baltic Sea.

Krzysztof Kulczycki: We have been working together in the Stocznia Polnocna. In te mid-70s, we were both heads of different departments. A little later, Ireneusz and I travelled abroad. I have been working as a manager on shipyard contracts in Libia, Dubai Kuweit. I came back to Poland in 1990, after the Kuweit conflict has escalated.

Ireneusz Ćwirko: In the end of 70s, I worked as a warranty engineer on a tuna vessel, which beloged to a Soviet Union. After the contract, it appeared that I was competent enough to avoid most of the defects and breakups, so shipyard management decided to redirect me to different tasks. I was assiged to a painting department, which was not my thing at all. On the other hand I was young and ambitious. It took me 3 years to clean up the mess and make it eficiently operative once again. Throughout next 8 years, I was the Chief of the biggest department in Stocznia Polnocna. My next step was to compete in recruitment proces for technical director. Unfrtunately due to lack of any backing at all from the party, I had no chances. Actualy this event made me quit. Not so long after, I have met Krzysztof and with two more friends decided to settle up our own company. Photo: Marek Grzybowski