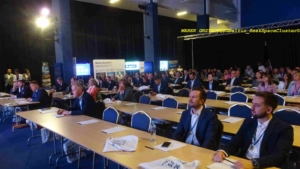 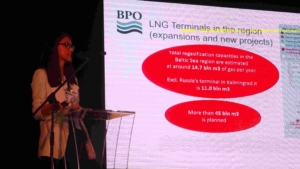 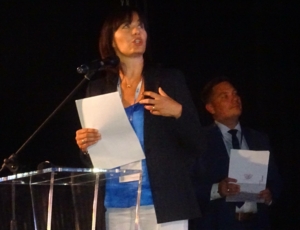 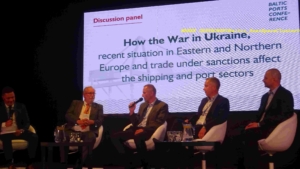 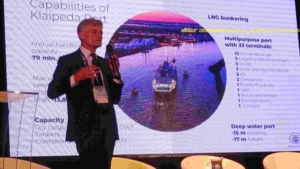 – It is a very important conference for Gdynia that we host the managements of the most important European ports. I think this underlines the importance of Gdynia as a port city. It is also a distinction for the Port of Gdynia, which this year celebrates its centenary – says Katarzyna Gruszecka-Spychała, Gdynia’s vice-President for Economy, who opened today’s session.

– Today we are hosting the Baltic Port Organization at the Port of Gdynia. The guests came from all over Europe. These are our colleagues with whom we cooperate on a daily basis. This is a great opportunity to meet and chat. Unfortunately, we live in unprecedented times – says Maciej Bąk, Vice-President of the Port of Gdynia Authority.

Representatives of European ports in Gdynia discussed the consequences of Russia’s attack on Ukraine and the situation in the sea ports market. The geopolitical situation was presented at the beginning of the first session by Aaron Korewa, director of the Warsaw branch of the Atlantic Council. He stressed at the beginning that if Russia managed to achieve its goals in Ukraine, the situation of the Baltic states would become very dangerous. – You have to assume that Russia will be an enemy force and be prepared for it. The West must maintain the pressure on Russia, said Korewa.

More: Baltic Port Conference 2022 in the Port of Gdynia