News
You are here: Home1 / News2 / News3 / Stockholm’s ports follow in the footsteps of Copenhagen and Kiel.... 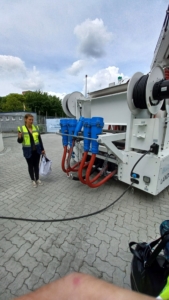 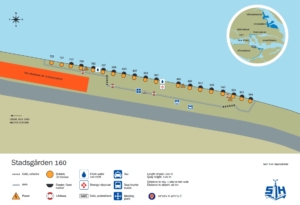 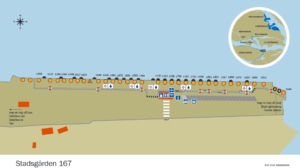 Stockholm’s ports are involved in the environmental policy of the Swedish capital. The Port Authority will soon build two onshore power grid connections for cruise ships. In 2023 and 2024, passenger ships mooring at two quays in the city center will be able to switch off power generators.

This environmental initiative will result in significantly lower emissions of air pollutants in Stockholm and the Baltic Sea, stressed the Stockholm Port Authority during the ceremony of starting the construction of onshore energy connections for cruise ships.

The ceremony took place during World Water Week 2022. The construction of the installation will take place on the Stadsgården 167 and 160 quays. The ports of Stockholm will be the first ports in Sweden to provide land-based energy connections for cruise ships.

– We are now taking a huge next step towards being an international, environmentally friendly, cruise destination. Building an onshore power supply for cruise ships in the city center is an important joint environmental initiative that includes Stockholm ports along with other Baltic Sea ports, explains Joakim Larsson, City Commissioner responsible for Stockholm ports.

Copenhagen with electrical installation for DFDS

Scandinavian port operator Copenhagen Malmo Port (CMP) inaugurated the first inland vessel power facility at the DFDS terminal in Copenhagen last year. The facility was created as a result of a joint investment by CMP and the Danish ferry company DFDS. Thanks to the new system, DFDS ferries can now be connected to shore power in both Copenhagen and Oslo. Ships can now turn off the generators in the port, thereby significantly reducing air pollutant and particulate emissions.

The Port of Kiel officially inaugurated the Ostseekai ship power system in June this year. The system is expected to reduce carbon dioxide emissions by around 8,000 tonnes per year. The state government supported the EUR 13.5 million project with a EUR 9 million grant and successfully lobbied the German federal government to cut the onshore tariffs required by the Renewable Energy Act.

Kiel’s energy storage and power supply system can deliver 16 MW. This allows the cruise ship to be supplied to the Ostseekai terminal and the Stena Line ferries at the Schwedenkai wharf. The system is powered by hydroelectric power plants. AIDAsol was the first cruise ship to be connected to the wharf power system.