News
You are here: Home1 / News2 / News3 / Corruption in port and at sea. Ship operators in ports pay almost $ 3 trillion... 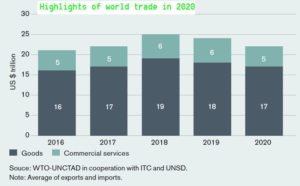 The Maritime Anticorruption Network has collected over 50 thousand. reports of corrupt demands around the world within a few months of this year. . This is record data in the last 10 years. Data was collected from over 1,000 ports in over 150 countries using an anonymous incident reporting system.

– The maritime business is often exposed to the risk of corruption. Shipping is part of an important international transport and logistics chain, delivering 11 billion tonnes of goods annually – including much-needed drugs and protective equipment during a pandemic, said Kitack Lim, secretary general of the International Maritime Organization (IMO).

Corruption could increase the cost of doing business internationally by 10%, and even more the United Nations (UN) estimated 10 years ago.

– In maritime trade, world trade has grown rapidly with the advent of globalization. It is estimated that the export of goods of 160 members of the World Trade Organization in 2013 amounted to USD 17.8 trillion, informs Deloitte in the report “Fighting corruption in the Maritime Industry” commissioned by the United Nations.

The logistics of shipping and moving goods through ports involves significant interactions with officials, e.g. customs, import / export licensing officers, product safety and standards certification officers, these are cited as the main causes of corruption in maritime transport.

More: Corrupion in the ports and maritime transport