News
You are here: Home1 / News2 / News3 / EU maritime clusters. A course on integration, internationalization and...

Recently, a meeting of the European Network of Maritime Clusters (ENMC) was held – an association of maritime clusters operating in the European Union. The agenda of the meeting also included talks with representatives of the European Commission dealing with renewable energy (DG ENERGY) and protection of the marine environment (DG MARE).

The meeting of representatives of clusters operating in European Union countries took place on November 18, 2022. The meeting was hosted by Fabrice Maire, President, ENMC, President of Luxembourg Maritime Cluster. Marjolein van Noort assisted the president in organizational matters. Poland was represented by Marek Grzybowski, president of the board of the Baltic Maritime Cluster. 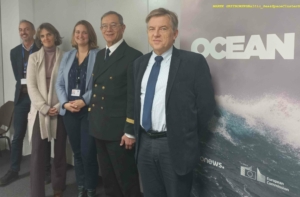 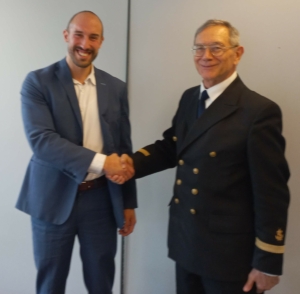 Since its establishment in 2005, the main mission of ENMC has been to jointly create maritime cooperation between European maritime industries, science and social and political institutions. The activities of European maritime clusters are focused on creating a maritime policy that is friendly to business and society by influencing European political decision-makers.

The ENMC meeting with Ricardo Renedo Williams, Policy Officer, Infrastructure and Regional Cooperation was held at the headquarters of DG ENERGY of the European Commission.

– The European Green Deal has placed renewable energy at the heart of the clean energy transition. Current international tensions following Russia’s invasion of Ukraine, the general geopolitical context and very high energy prices have exacerbated the need to accelerate energy efficiency and the spread of renewable energy in the Union in order to gradually eliminate the EU’s dependence on Russian fossil fuels, said Ricardo Renedo Williams, who informed about the new Commission document of the European Union, which establishes programs to accelerate the implementation of renewable energy.

The ENMC maritime cluster meeting was held in a hybrid form and at the headquarters of the Dutch Maritime Cluster. In the near future, it was decided to focus on the development of an environmentally friendly maritime economy and the implementation of Fit for 55, the development of zero-emission shipping and the use of information and space technologies in maritime industries. These activities are to be supported by further integration of clusters operating in the European Union.