Poland is accelerating work on introducing 3 frigates to the Polish Navy. The  PGZ-MIECZNIK consortium updated and handed to MOD’s Armament Agency the Industrial Feasibility Study and the MIECZNIK frigate Preliminary Design at the end of November.

The extensive documentation describes the exact process for the MIECZNIK project. The approved documents will be the basis for negotiation talks on the final configuration of the frigates and the exact cost estimate. 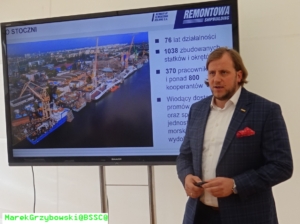 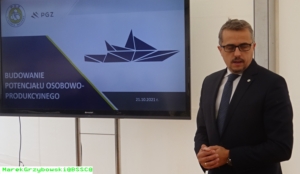 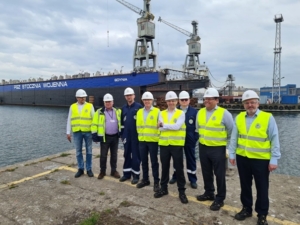 – We have completed a very important stage of project development for us. We provided the ordering party with a preliminary design – emphasized Cezary Cierzan, director of the Miecznik programme at Polska Grupa Zbrojeniowa S.A. in his speech. (Polish Armament Group – PGZ S.A.)

– The program is implemented in accordance with the assumed schedules and rules agreed with the Armament Agency, which conducts the entire procurement procedure, where there is a fundamental interest of state security – said Cezary Cierzan.

The Baltic Port of New Technologies in Gdynia is a zone for the construction of innovative ships at the CRIST Shipyard and ship conversion into environmentally friendly ships at the NAUTA Shipyard.

Three frigates will be built by the PGZ-MIECZNIK consortium. The consortium was formed by Poland’s Polska Grupa Zbrojeniowa, PGZ Stocznia Wojenna and Remontowa Shipbuilding.

The pace of work and timeliness demonstrates the Group’s strong commitment to the project. The first multi-purpose frigate is scheduled to be launched in 2026, and commissioned in 2028, with subsequent frigates following in 2029 and 2031.