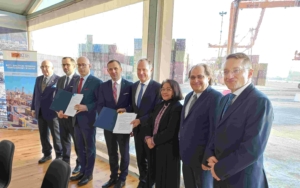 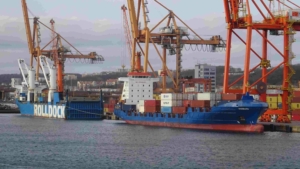 Marek Grzybowski an exclusive to eBlueEconmomy

The global operator of container terminals strengthens its position at the Port of Gdynia and in the Baltic Sea Region.  ICTSI signs new 30-year lease for Baltic Container Terminal in Gdynia, Poland. The operator will lease an area of approximately 60 hectares.

The operator from the Philippines has been operating at the Port of Gdynia for 20 years and knows the Baltic Sea and Northern European markets very well. In a ceremony held in Gdynia, on 19 December 2022, a new 30-year lease was signed into life by International Container Terminal Services Inc. (ICTSI) and the Port Authority of Gdynia SA for the Baltic Container Terminal (BCT). The new lease will run until 2053. 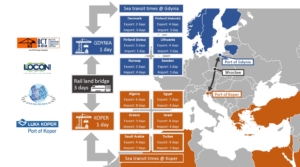 The BALT 7 service with two former separate shuttle services with vessels serving BCT in Gdynia, Klaipeda, Teesport and Tilbury ports and Baltic-Adriatic Land Bridge  connected BCT with the Port of Koper started in June 2021. ICTSI is  the world’s largest, independent terminal operator with 34 terminals in 20 countries.

More: ICTSI at the Port of Gdynia