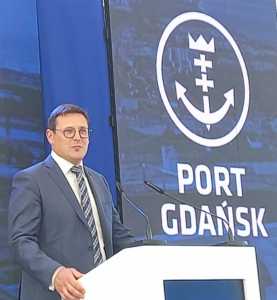 The Port of Gdansk handled 12 million tons of coal by mid-December 2022. We are able to reload approx. 400,000 tons. tons per week, said Lukasz Greinke, president of the Port of Gdansk, in an interview with PAP.

Coal arrives at the Port of Gdansk, e.g. from Indonesia, South Africa, South America. Export of coal to customers in Poland is balanced with deliveries of coal by sea transport. 100,000 tonne bulk carriers  are unloaded at the Rudowy Pier in the Northern Port. Ships up to 50,000 tone. are unloaded by Dworzec Drzewny Quay and Rudowe Quay.

The biggest operational challenge in 2022 was the increased transshipment and traffic of ships with a large volume of cargo, which had not been present in the port of Gdańsk before.
– We handled it very well. We are constantly improving operational processes at the port so that our capacity can be further increased – said the president of the Port of Gdansk.