News
You are here: Home1 / News2 / News3 / Green ammonia will be a source of hydrogen. The Japanese tug will chart... 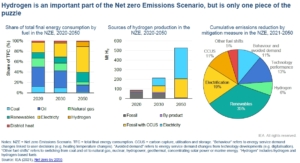 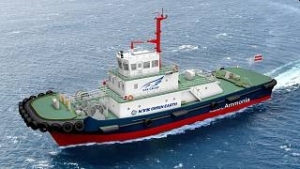 Green NH3 is emerging as the hydrogen source of choice, but it is not without its challenges, writes Noel Tomnay, director of hydrogen consulting and energy analyst at Wood Mackenzie. In his opinion, “More than 85% of export-oriented low-carbon hydrogen projects plan to transport ammonia, not hydrogen.”

The IEA report Net Zero by 2050: A Roadmap for the Global Energy Sector makes an important statement that to achieve zero emissions by 2050, hydrogen fuels – including ammonia – should make up 30% of ship fuel.
The matter is extremely difficult to solve because there are several times more fishing vessels, installation and service units in the offshore fleet sailing the oceans and seas, not to mention tourist and training vessels.

Today we know that the recession, Russia’s attack on Ukraine and changes in supply chains as well as the increase in coal consumption will prevent CO2 emissions from increasing dramatically again.
Shifting production from China to Europe could change global sources of emissions. Total CO2 emissions from the power sector appear to remain similar to those in 2021, when they reached 36.6 Gt (according to EIA data) for several years.