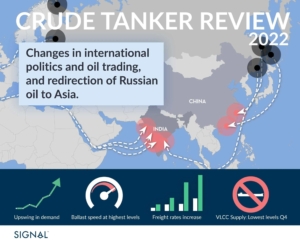 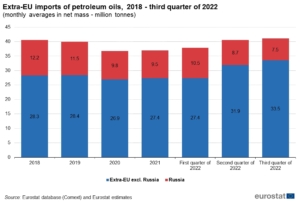 The year 2022 brought radical changes to the transport routes of crude oil and products. After Russia’s invasion of Ukraine, importers experienced a record increase in freight rates for operators of oil tankers and its products. The local war changed the macroeconomic picture of the world economy. 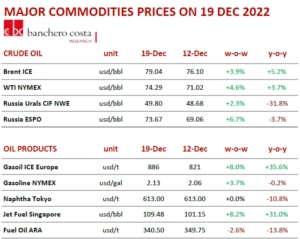 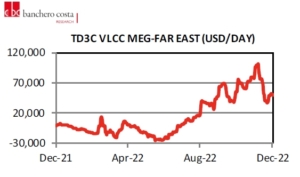 Last year marked a new era in the global logistics of crude oil and petroleum products. December 5 last year With the extension of the European Union’s sanctions package and the entry into force of the EU ban on trade in Russian oil, a new era of oil at sea and on land has begun.

– The year ends with critical macroeconomic challenges regarding the future of VLCC and crude oil freight rates. There is uncertainty about the evolution of the oil supply given the current increase in oil demand and the impact on trade flows, as Europe continued to rely on Russian oil imports until the end of the third quarter, says Sue Terpilowski of SeaNews, using data compiled by Signal Ocean.

In 11 months of 2022 [excluding December], the global supply of crude oil in sea transport increased by 8.6% y/y to 1,866.8 million tonnes, excluding cabotage transport, Refinitiv experts calculated. This means higher demand than in the period January-November 2021 (1,718.3 million tonnes), but it was slightly lower than in the same period of 2019, when it amounted to 1,926.9 million tonnes.

More: Oil and Product Logistics in 2022