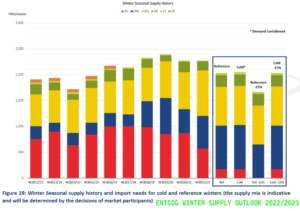 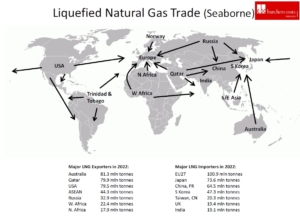 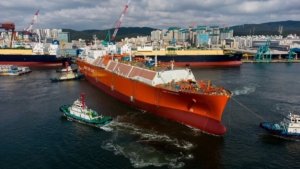 The turmoil in gas supplies from Russia and the sanctions imposed on Russia caused LNG supply for ocean transport to increase by 5.2%. In the 12 months of 2022, approximately 404.9 million tonnes of LNG were transported by tankers. For comparison: tankers chartered by the Orlen Group will be able to transport about 70,000 tonnes at a time. tons of LNG.

– Thanks to increased gas supplies in the summer, Europe’s energy security increased already in October. On October 1, 2022, storage facilities in the EU were 89% full, which is one of the highest ever (985 TWh), according to ENTSOG in the WINTER SUPPLY OUTLOOK 2022/2023 report.

In the winter period of 2022/2023, the balance of supply and demand is ensured by gas imported and collected from storage facilities, and the actual use of imports and storage is ultimately determined by decisions made by market participants, informs ENTSOG.

– In 2022, PGNiG from the Orlen Group received 58 LNG shipments in Świnoujście. This is 23 more than a year earlier, when 35 ships arrived at the LNG terminal in Poland, bringing a total of 2.8 million tons of LNG. Last year, the largest number of deliveries, 36, came from the United States, followed by cargo from Qatar – 18 ships. In addition, the Orlen Group also imported liquefied gas from Nigeria (2 deliveries), as well as from Trinidad and Tobago and Egypt (one delivery each).

Deliveries of liquefied natural gas to the terminal in Świnoujście in 2022 ensured one third of Poland’s gas demand. From 2023, gas will also be delivered by tankers built in South Korea and chartered by Poland from Norwegian and Greek shipowners.

LNG 2023 market
Based on the analysis of contracts and the progress of production in South Korean and Chinese shipyards, it is expected that in 2023 about 35 LNG tankers over 1,000 CBM will be delivered to the market. This will increase the total tanker capacity to 5.52 million CBM.

The analysis of the growing transport potential and LNG logistics allows for a more optimistic outlook in 2023. Connections checked in 2022 will be strengthened.

The security of gas supplies to Poland has increased with the expansion of the LNG terminal in Świnoujście, the launch of the Baltic Pipe and the contracting for gas supplies from Klaipeda. Through the LNG terminal in Klaipeda, we can import six LNG loads per year. The introduction of FSRU in the Gulf of Gdańsk would additionally increase the security of LNG supplies to the market in Poland and Central European countries.