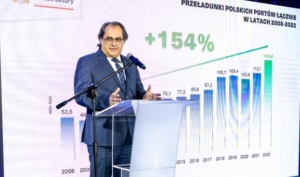 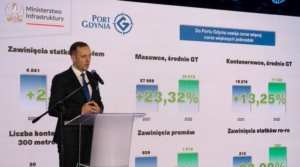 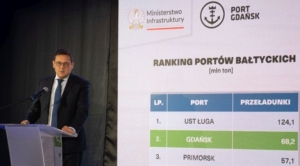 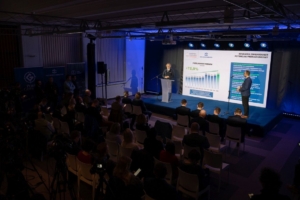 Polish ports handled a total of 133 million tonnes in 2022. This is an increase of 18%. compared to the previous year.

– 2022 was another record year for Polish seaports. The transhipment results clearly show how good the condition of Polish ports is. I would like to thank the port authorities and operators and all employees for their hard work. I hope that this year will bring even more positive information for the Polish maritime economy – said Marek Gróbarczyk, Deputy Minister of Infrastructure.

Port Szczecin – Swinoujscie
A total of 36.8 million tons of cargo were handled at the Port of Szczecin-Świnoujście in 2022. This is an increase of about 11%. Every year. The port is the most dynamically developing port complex in the southern Baltic. The ports of Szczecin and Świnoujście achieved an increase in transshipments by 72 percent. compared to 2011.

– The ports of Szczecin and Świnoujście handled 36.8 million tonnes, 10.8% more than in the previous year. A total of 6,665 ships called at the ports, their total tonnage increased by 4.6% – says Daniel Stachiewicz, Vice-President of the Szczecin-Świnoujście Seaports Authority.

A total of 28.2 million tons of cargo were handled at the Port of Gdynia terminals in 2022. This is an increase of approx. 5.6 percent. Every year. In the same period, the number of commercial ship calls at the port increased by over 2%. up to 4,331 ships.

– Coal and coke were the biggest increases in the supply of cargo in the port by 174% more than in 2021 to 3.4 million tonnes in 2022. Wood transshipments increased by 109.1% to 533.5 thousand. tone. Other mass markets increased to 1,716.2 thousand. tonnes – said Jacek Sadaj, President of the Management Board of the Port of Gdynia.