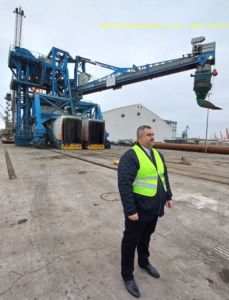 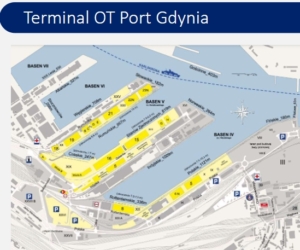 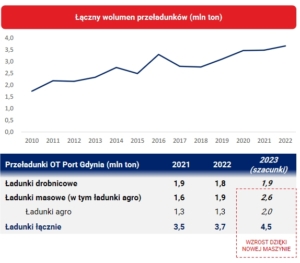 – OT Port Gdynia will increase its transhipment potential thanks to the purchase of Shiploader, a machine that enables loading ships 50% faster than the currently used technology. Shiploader is a strategic investment of OT Port Gdynia, thanks to which the annual potential of bulk, general cargo and agro transshipments will increase to 4.7 million tonnes – informed Jerzy Majewski, President, OT PORT GDYNIA.

– The total volume of transshipments amounted to 3.7 million tonnes in 2022. This year, we also imported coal. The annual handling capacity of general cargo and bulk cargo (including agro) amounts to a total of approx. 4 million tonnes, and thanks to the investment, the annual handling capacity at OT Port Gdynia will increase to 4.7 million tonnes, emphasizes President Majewski.
– Part of the new processing capacity, obtained thanks to the investment, will be allocated to the transshipment of grain delivered from Ukraine, due to the continuing blockade of transport across the Black Sea – emphasizes Majewski. 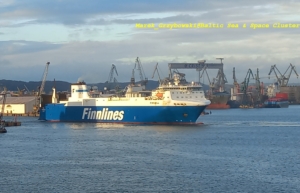 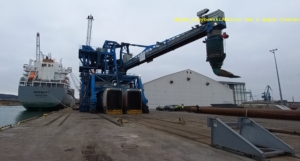 – The Samson shiploader is a self-propelled, self-powered device with a capacity of 1000 t/h. The goods are delivered simultaneously through four stands for collection from cars and loading onto the ship. The machine is capable of handling panamax ships (approx. 65,000 tons dwt) – informs Adam Daszczyński – Vice President of OT Port Gdynia responsible for operational matters. 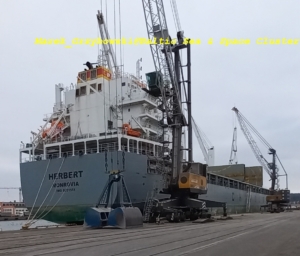 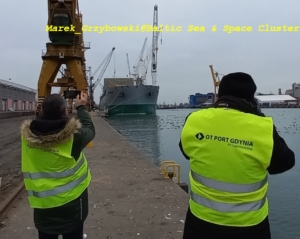 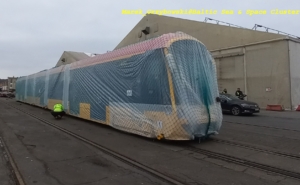 OT Port Gdynia is a universal conventional general cargo terminal. The terminal has a dominant position in Poland in the handling of goods in the ro-ro technology (rolling loads, semi-trailers) as well as the handling and storage of paper and paper products, including cellulose. Ro-Ro cargo handled by Finnlines service. OT Port Gdynia also provides reloading of industrial goods. Lo-lo cargoes are handled by several shipowners, including Polbrok. M/S HERBERT of this shipowner delivered to Gdynia trams for Warsaw manufactured in South Korea.

OT Port Gdynia provides handling and storage services in a strategic location at the Port of Gdynia on a 24/7 basis. The terminal meets requirements arising from the ISPS Code, is perfectly linked with the national road and rail transport system as well as offers a large external parking area for trucks waiting to enter the OT Port Gdynia.