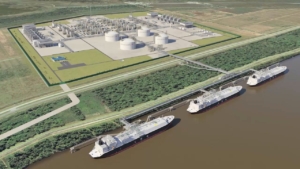 The United States has become the largest exporter of liquefied natural gas (LNG) in the first half of this year. – informs the Energy Information Administration (EIA), citing data from CEDIGAZ. This is the result of rising prices and increasing LNG supplies to Europe to support the EU. The EU limited LNG imports from Russia after the country’s attack on Ukraine. Asian LNG prices are at their highest levels since the beginning of the war, South Korea and Japan are stepping up efforts to purchase LNG, reports Bloomberg.

Poland can import 6.2 billion m3 of gas after regasification via the terminal in Świnoujście. The installation capacity will increase to 8.3 bcm in 2024 after further expansion. The PGNiG Group also uses the terminal in Klaipeda. In May this year, the Poland-Lithuania gas pipeline was launched.