News
You are here: Home1 / News2 / News3 / The Port of Gdansk is expanding the access infrastructure from the land... 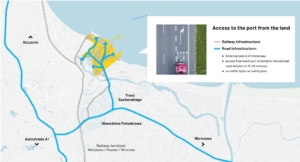 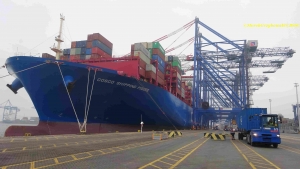 7.2 km of roads were built or rebuilt, 10 km of new tracks were built  at the Port of Gdansk. The works were carried out in the “Expansion and modernization of the road and rail network in the Outer Port” project. The project was financed in 85 percent by the European Union from the CEF instrument “Connecting Europe Facility”.