News
You are here: Home1 / News2 / News3 / The United Arab Emirates and Egypt join forces in developing the maritime... 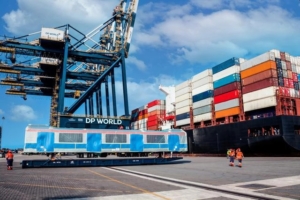 Representatives of the UAE Ministries of Energy and Infrastructure and Egyptian Transport recently held a meeting on the occasion of the General Assembly of the Arab Academy of Science, Technology and Maritime Transport, attended by around 20 Arab countries.

Both parties plan joint projects and development of cooperation in the maritime business, including investment projects related to the development of ports and logistics services. Joint research is also foreseen. It was concluded that cooperation will focus on strengthening the global position of Egypt and the United Arab Emirates and increasing their competitiveness in the maritime sector.

“The UAE’s Blue Economy Strategy is based on several pillars, including innovation, creativity, research and development, as well as an effective system of links with academic institutions, universities and research centers that are able to keep up with scientific and technological developments and adapt them to local needs “- said Eng. Hassan Mohamed Juma Al Mansouri, Undersecretary for Infrastructure and Transport at the UAE Ministry of Energy and Infrastructure reports on the Blue Economy.

Admiral Reda Ahmed Ismail, Undersecretary in the Ministry of Transport and Head of the Sea Transport Sector, emphasized that Egypt has a 3,000-kilometer coastline along the Red Sea and the Mediterranean Sea, and that Egypt’s main natural resources are huge resources of fish, oil and gas, as well as developing coastal cities.

“The Egyptian government is investing heavily in developing the blue economy and increasing its contribution to the country’s GDP,” said Admiral Reda Ahmed Ismail and praised the development of the UAE’s maritime sector, pointing out that the United Arab Emirates has become a leading maritime center, and integration between the maritime sectors in Egypt and The UAE would improve the region’s global competitiveness, quotes ZAWYA, Refinitiv Middle East division. 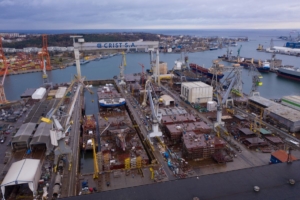 Recently, at a meeting at the Embassy of the United Arab Emirates, a delegation from the Crist shipyard presented the potential of a zero-emission vessel production hub and a zero-emission device for the production of fresh water using wind and solar energy.

The ASE Projmors Technology Group has experience in designing modern ports. Coordinated by ASE, the green energy production hub can create systems that manage the production of green energy together with energy storage. Gdynia Maritime University has a strong position in marine education and research. Poland has the potential to join the cooperation of Arab states in many areas.

https://www.bssc.pl/wp-content/uploads/2022/08/DP-WORLD-UAE.jpg 427 640 Marek Grzybowski https://www.bssc.pl/wp-content/uploads/2018/12/logo-bssc.png Marek Grzybowski2022-08-25 11:59:422022-08-25 12:16:14The United Arab Emirates and Egypt join forces in developing the maritime business. The Polish ZEV HUB has the potential to be involved in this process
Decarbonization in maritime transport. Freight can increase by up to 30% CORAL project – a comprehensive analytical platform for small and medium...
Scroll to top