News
You are here: Home1 / News2 / News3 / Artificial intelligence in the service of shipping. Wallenius Wilhelmsen... 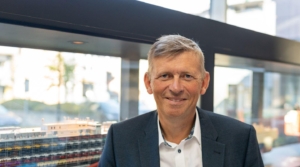 Norwegian car carrier operator Wallenius WIlhelmsen installed software based on artificial intelligence on 65 ships. It will allow you to plan cruises, as a result of which fuel consumption will be reduced by up to 10%.

It is not only the price of diesel, gasoline and fuel for cars and planes that is rising. The price of marine fuel consumed by the world’s container ships, tankers and bulk carriers is breaking records.

Wallenius Wilhelmsen is the first global shipping company to adopt a fully AI-driven approach to optimizing cruises. By implementing real-time information transmission about the situation on 65 ships, this new approach will help reduce fuel consumption by up to 10 percent. Wallenius Wilhelmsen has set ambitious targets to reduce greenhouse gas emissions by 27.5% by 2030.

“This is a significant step towards achieving zero emissions for ships,” said Geir Fagerheim, senior vice president of offshore operations at Wallenius Wilhelmsen.

Wallenius Wilhelmsen has been working for the last 18 months with DeepSea from Greece, which develops marine technologies. On ships, the software for measuring the energy efficiency of ships was tested for one and a half years.