News
You are here: Home1 / News2 / News3 / The specter of hunger is haunting the world, even though global trade will... 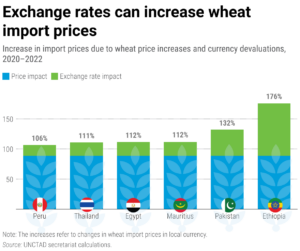 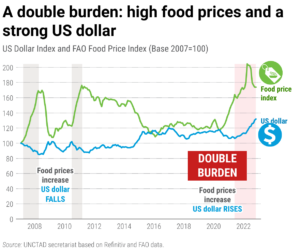 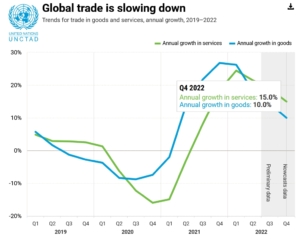 Global trade is expected to hit a record $32 trillion in 2022, but the outlook for 2023 is getting bleak. As food becomes more expensive, developing countries are finding it increasingly difficult to keep millions of people from starving, UNCTAD experts have warned.

Global trade in goods and services will approach $32 trillion in 2022. However, the slowdown that began in the second half of the year is expected to deepen in 2023.
The main causes of UNCTAD include geopolitical tensions and difficult financial conditions of the poorest countries. The latest analysis of global economic exchange is included in the December, updated Global Trade Update report.

Expensive dollar – 350 million starving. Food insecurity has tripled the population at risk of famine in the last three years. The number of people starving before the COVID-19 pandemic was estimated at 135 million. UNCTAD analysts alarm that today it is almost 350 million – according to FAO and the United Nations World Food Programme.

Gold wheat. The average price of wheat was 89% higher than in 2020. Over the same period, the average exchange rate of the US dollar against the national currencies of these countries increased between 10% and 46% – in October 2022.
The report shows that a stronger US dollar has an impact on the final price. Adjusted for the exchange rate, the estimated increase in wheat prices ranged from 89% to 106% to 176% depending on the country.

1 billion hungry people. Current information about the turbulence caused by the intensification of the Covid-19 pandemic in China, the activation of Russia’s aggressive actions in Ukraine, the economic slowdown in highly developed countries, the intensification of the combination of infections in Europe and weather anomalies in the United States may make not all of UNCTAD’s postulates feasible. fulfillment.
The war in Ukraine and the turmoil in global logistics chains benefit exporters of energy raw materials, cereals and food. It seems that the number of hungry people will continue to grow to 1 billion people. The situation will change only under the influence of global economic recovery and the construction of a stable energy and food security system.