Town-forming meeting of city residents and users is the subject of a meeting organized by the Polish-Luxembourg Chamber of Commerce (PLCC) in the original interiors of the Eureka Hotel in Sopot on March 5 this year. This is the first debate on cooperation between city creators and residents – said Krzysztof Bramorski, President of the Board of PLCC, opening the conference. Pomorskie pays special attention to the development of the cities of the region and its metropolis in the Tri-City – said Mieczysław Struk, Marshal of the Pomeranian Voivodeship. Gdynia is an example of a young city with a large group of active residents – emphasized Katarzyna Gruszecka-Spychała, Gdynia Vice President for Economy. 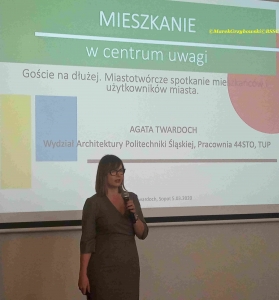 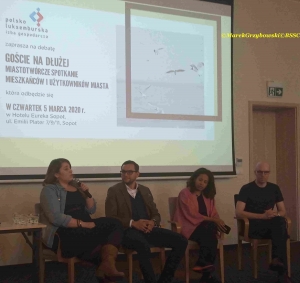 In dynamically developing cities, this apartment is in the spotlight – argued D eng. Agata Twardoch from the Faculty of Architecture of the Silesian University of Technology. Poles still prefer buying their own apartment. In larger cities, there are cases of long-term rentals. In Poland, we prefer a small but private flat. An important observation is the tendency to use the housing market as a capital game place by funds and global investors. This weakens the position of people seeking housing for ownership or rent.

The market for cooperative, social or communal housing practically does not exist, which puts less affluent people out of the way. This was confirmed during the debate of experts who noticed that the interest of investors and business operating in cities is what counts in the housing market. Where the inhabitants are active, such as in the center of Gdańsk, the interests of business users of city centers and residents can often be reconciled.