News
You are here: Home1 / News2 / News3 / WISTA POLAND at the Nauta Shipyard 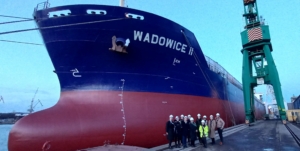 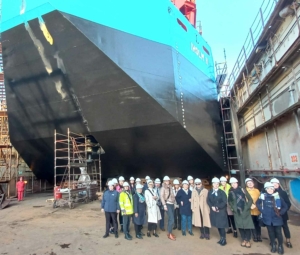 WISTA POLAND members visited the Nauta Shipyard in November 8th. The duties of the hosts of the meeting were performed by President Monika Kozakiewicz and Financial Director Anna Szydłowska. The management of the shipyard was supported by the reliable head of marketing of the Nauta shipyard, Jarosław Staluszka.

– In 2021, Stocznia Remontowa Nauta S.A. as the oldest civilian ship repair yard in Poland, celebrated its 95th anniversary. It is worth noting that on this occasion, in October, it was awarded with a Lighthouse of the GospodarkaMorska.pl portal award. Thanks to the successful restructuring in 2020/2021, the company continues its operations without interruption and positively assesses further development prospects in the coming year – President Monika Kozakiewicz.

– 2022 is also a year in which we have a lot of renovation work. We carry out 20% of contracts for Polish shipowners – added President Kozakiewicz.

November it is another month of intensive work at the Shiprepair Yard Nauta. About 20 vessels are undergoing repairs at the wharves and docks of the longest-operating repair yard in Poland. Half of them are undergoing class repairs combined with the installation of BWTS systems.

Ship repairs at the shipyard were presented to the members of WISTA POLAND by the head of marketing, Jarosław Staluszka. We visited the ships being repaired in the docks of the Nauta shipyard. Director Staluszka also presented the renovation of the Polish bulk carrier WADOWICE. The ship is operated by Polsteam, a Polish shipowner from Szczecin, which has a modern fleet of over 69 bulk carriers, including ”lake vessels” (ships for the American Lakes).

WISTA Poland appeared in Poland in the early 90s of the previous century. Since 2013, the organization has been operating as an association and NGO.
WISTA Poland aims to support women working in the maritime economy, enabling them to establish personal and professional contacts, presenting their achievements, improving qualifications and competences – says Wanda Dobrowolska-Parafieńczyk, the initiator of WISTA in Poland and the president of the association.
Women belonging to WISTA Poland will cope with any professional challenge thanks to the support of members of the organization, which operates in 38 countries around the world, emphasizes Dobrowolska-Parafieńczyk, President of the Management Board of WISTA POLAND.

The meeting ended with a discussion on joint activities and cooperation in the international maritime business. 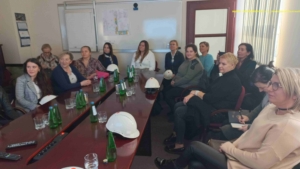 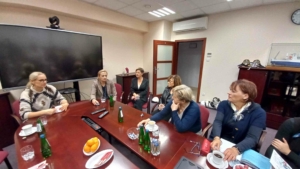 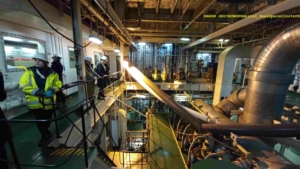