News
You are here: Home1 / News2 / News3 / Eugeniusz Kwiatkowski – co-creator of the port in Gdynia 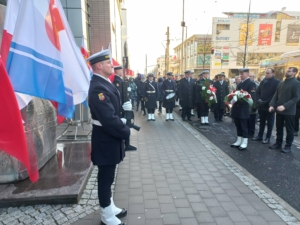 Kwiatkowski, co-founder of Gdynia, was born on December 30, 1888 in Kraków. Jan Nowak Jeziorański wrote about him: “Kwiatkowski is in the history of the Polish economy as the creator of Gdynia. This term significantly narrows down its role. His action in the 1930s was to save and strengthen economic independence, without which Poland could not stand as an independent state.

Under pressure from Rear Admiral Kazimierz Porębski and officers of the Polish Navy, great pressure was put on the rapid construction of a naval port and a Polish Navy that would be able to protect the Polish maritime borders. We owe engineer Tadeusz Wenda that the port was built in a place that still works well on the economic map of Poland and Europe.